Warning: Declaration of ET_Theme_Builder_Woocommerce_Product_Variable_Placeholder::get_available_variations() should be compatible with WC_Product_Variable::get_available_variations($return = 'array') in /home/customer/www/bellspalsysupport.com/public_html/wp-content/themes/Divi/includes/builder/frontend-builder/theme-builder/WoocommerceProductVariablePlaceholder.php on line 8
 My Bell's Palsy Journey to Recovery - Bell's Palsy Peer Support

My Bell’s Palsy Journey to Recovery 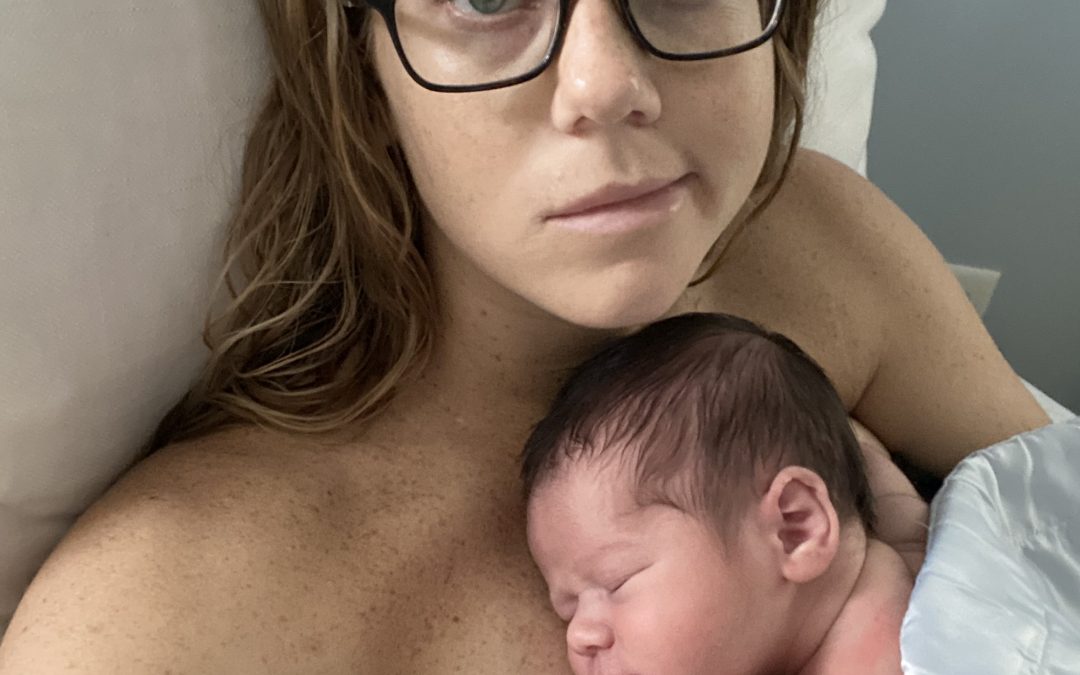 I was 37 weeks pregnant, with my first child, when I developed BP. I experienced a very physically difficult pregnancy prior to getting BP. I developed very severe gestational Grave’s Disease which effects only .2% of pregnancies. Yes, it basically never happens! This caused me to go on bed rest for a portion of my pregnancy and have gestational hypertension (high blood pressure). My husband and I were told that we would most likely never be able to conceive a child naturally, so we opted to try Invitro Fertilization (IVF). Learn more about my IVF journey here. I am not sure if IVF contributed to my health complications during pregnancy or not, but I was always a very healthy person prior, and IVF pregnancies do carry a higher risk so I feel that I should include it in my BP journey.

Since I was a high-risk pregnancy, when I arrived at the hospital with the right side of my face paralyzed, they admitted me for monitoring. After 48 hours I was released and told I had Bell’s Palsy, take steroids and an antiviral and I would be better in 2-3 weeks. 2-3 weeks seemed like forever, but as long as I wasn’t paralyzed forever, I could deal with it.

I saw a neurologist after being released from the hospital and confirmed the same thing, I would start seeing improvement in a few weeks. He suggested I get induced as soon as possible to take the pressure off my nerve. So, I delivered my son at 38 weeks pregnant via a c-section. Learn more about being pregnant and delivering with Bell’s Palsy.

But, a week went by after I delivered, still with zero improvement, and I started getting scared… then another week and still no movement. I looked at myself in the mirror or on my phone camera 100 times a day, truly no exaggeration, pleading with God to let me see some tiny movement so I would have hope.

During this time, I was also researching Bell’s Palsy constantly, and learned about ENG and EMG testing.  I begged my neurologist to refer me to get the testing done so I would know if my seventh cranial nerve was permanently dead. He agreed to refer me and a different neurologist performed the tests. I felt very positive that the results would be good, so I was completely shocked when I heard the results. The top two branches of my nerve were 90% dead and my lower branch was 100% dead. The doctor told me it was unlikely I would regain any movement in the lower branch – aka my mouth, my smile, my speech.

Where would I go from here? How was I going to go back to work? Why would my husband want to stay married to me? I looked like a monster! I knew my best friends and family would still love me, but what about everyone else? I could imagine the shock and gossiping that would go on behind my back. Oh, I knew strangers would look at me with pity or horror – that almost seemed worse than all the rest.

When my husband and I drove home from my appointment, I was so shocked I didn’t talk the entire drive home. Once we parked the car I ran into my room, jumped in bed, and told my husband that I wanted to die. At 34 years old I never uttered those horrible words once in my life before that day. But, I meant it. I wanted to die, I didn’t want to live the way that I was… unable to smile, drink or eat without dripping all over myself, brush my teeth, speak clearly, look like myself or a million other aspects of my life that had now changed for the worst. I would not talk to my husband or anyone, I just wanted to be alone.

Luckily, it didn’t take long for me to get a bit of hope.

My neurologist called later that day and said he received the results from my ENG and EMG tests and it looked good. I couldn’t believe it, what did he mean GOOD? He told me that as long as all three branches were not 100% dead, then that meant recovery to my seventh cranial nerve had already started. My doctor would not promise me a timeframe from recovery from Bell’s Palsy, he thought that I would see movement soon – but, I should know that the longer it took to see it, the less likely I would make a full recovery. So, good news and a little bad news, but there was an inkling of hope again.

Then, another three weeks went by with nothing. Not a millimeter of movement. I isolated myself even more from everyone, except my husband and new baby. I continued to look at myself constantly, obsessively, searching for some sign of hope again. My face had now been paralyzed for six weeks. I knew that 85% of people diagnosed with Bell’s Palsy recovered in 2-3 weeks. That was never going to be me. So, now I had to change my goal to the other 15% – I needed to be in the 10% that recovered, it just could take months or up to a year. I could not be in the 5% that was permanently paralyzed… or could I?

The fear and depression were creeping in again. I cried daily, sometimes two or three times a day. I could feel my former self slipping away.

And then at six weeks IT happened. I woke up one morning and saw IT, that piece of hope I wanted. Honestly, that I needed. A tiny corner of the paralyzed side of my mouth was moving. It was slight, very slight, but it was there. I could only move it when I looked in the mirror and concentrated hard. I had to will the movement with my brain, but I could do it.

I wish I could say this is where my journey changed, and I started healing rapidly but it wasn’t. Another six weeks went by with next to no movement. And once again, the sadness set in. I was hardly doing anything day after day but thinking about what was wrong with me and wondering when I would get better. I still felt all the same emotions from the onset – anger, fear and frustration. But, now I also felt guilt. Guilt that I wasn’t happier for my new child. Guilt that I knew many people had deadly health conditions, and mine wasn’t as bad since it wasn’t fatal. Guilt that I was so shallow and dependent on my looks, even though I knew I also had multiple physical limitations.

I isolated myself for months, taking walks early in the morning or late at night to avoid my neighbors. Waiting to feel like myself again.